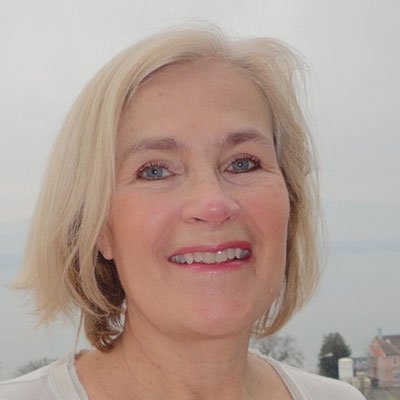 Without a union voice, women face discrimination in countless ways, big and small. And the right to organise -without fear- is central to women’s equality.

I joined a union when I was 22 years old, in 1978. I had just graduated from college, but as a young woman, there were few jobs available with good pay and benefits.
I knew the important role that unions played as organizations dedicated to improving the lives of working people. I had volunteered as a union organizer over the summers. I loved the political engagement and industrial power that unions represented and had a strong idea from the start that this would be my life’s work.

I began work at a large jet engine factory thinking that I would get some ground level experience in unions while, at the same time, earning a good wage. Within days, I learned about the real “union difference” for working women. I was still in my probationary period, and my “lead man”, the person responsible to “break me in” on the job, insisted that he would only train me in exchange for sexual favors. I was in a panic, thinking that I would be easily fired if I refused. I approached the shop steward for help. He immediately stepped in to permanently fix the problem and I’ve been attached to a union ever since.

I stayed in this factory for 7 years, never tiring of the ability to represent such a large number of workers and making a concrete difference in people’s lives. Every grievance was important. Collective bargaining campaigns were exciting because we knew that the conditions we agreed upon would be directly applied to 20,000 employees and indirectly to many thousands more. I’ll never forget sitting in a smoke filled room arguing (without success) that women should have the opportunity to take more than 6 weeks maternity leave. Even unpaid leave was not allowed during that era. I rose through the ranks to become the Chief Steward and later one of the top leaders in the area union.

As the years went on, it became clear that my factory was an island of relatively good conditions, increasingly surrounded by non-union worksites. I left the factory to become a full-time organiser. In the United States, organisers travel to workers’ homes to talk to them about joining a union, and I went out night after night often on dark country roads, knocking on strangers’ doors. I organised all kinds of workers - people making machine tools, submarine parts, ball bearings. Most of them were men, but it was so risky to join a union that the wife’s support was a must. The single biggest obstacle, then and now, was the fear.

I later became a union lawyer, and there has not been a dull moment since. I have represented coal miners, truck drivers, nurses and cleaners, among others. One of my biggest achievements was to play a leadership role in the 1997 national strike of UPS workers. Over two hundred thousand workers were on strike in order to create 10,000 full time jobs from part-time work. We won the strike after many, many sleepless nights and months of hard work. At the time of the strike, I had a four month old baby at home - she was on a picket line long before she could walk.

Now as Deputy General Secretary at UNI there are new challenges. But some things haven’t changed. Every day unions are fighting for working people. Without a union voice, women face discrimination in countless ways, big and small. And the right to organise- without fear -is central to women’s equality.