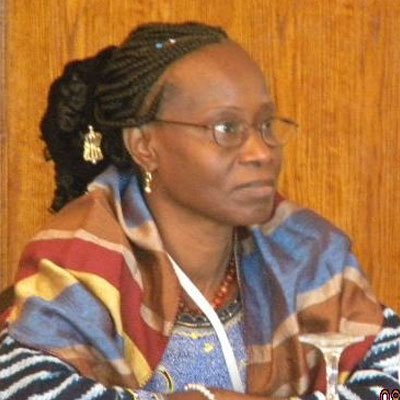 My career in the union, FESBACI - Federation of Banks, Insurance and Financial Institutions, Trade and Industry of Burkina Faso, began in July 1978 when I started to work as a union activist. I was later elected as President of the Women's Committee of FESBACI, before being elected as Joint Secretary-General in 1988. In November 2011 I was elected as Secretary General of the union.
The beginnings of my union career were not easy. Although previous General Secretaries had been in favor of giving more responsibilities to women, the difficulty of the decision laid in which one could carry out this work.
Therefore, it was necessary to make the effort to distinguish myself both in my work and in my behavior, first within the Women's Committee and then in the other organs of the organization.
During the training workshops that were provided to union members, I participated with presentations on topics of relevance and interest, and which made reference to women in unions: private life, professional life and unions, as well as gender equality.
There are times when men will be little you for being a woman, and when some women themselves will be the first ones to discourage you.
However, always keep calm, keep up your good work in front of your peers, at your workplace and with your family. In other words, make the effort to lead an exemplary life from every point of view.
Don’t forget that you should always be available to help, especially those women who are going through difficult times. Be attentive and discreet of their needs and their actions.
And above all, distinguish yourself in your work, both in your union as well as in your professional life.