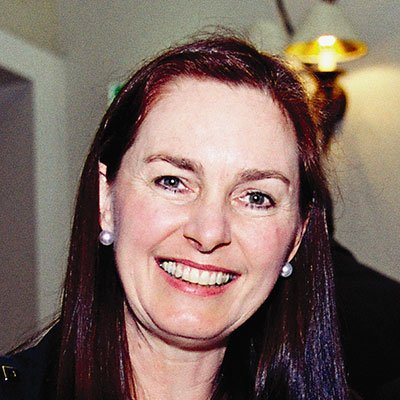 I have a strong sense of fairness and social justice. I became active in the union because I wanted to make a difference in people’s lives, to ensure that our member’s knew their entitlements and got them, and to improve their lives, especially their working lives, where I could. I have had a particular focus on our women members because of the many ways in which they have been treated unfairly. As a woman, I feel passionate about these issues and can relate to them. I have also been privileged that many women have felt able to reveal to me, the sometimes intimate details of their problems, so that I can help them.

I have been able to make a difference as part of the SDA. The SDA is a strong, unified union with many members, which means we have the resources to have paid staff with expertise in many areas, and to take legal action, where necessary, in support of our members. We spend a great deal of time negotiating with the companies which employ our members, to get improvements in their wages and working conditions, but also to have an impact on Company policies and practices, which are separate to the collective agreement.

As part of the broader union movement in Australia, we have been able to participate in helping to improve industrial and anti-discrimination legislation through submissions, running cases and providing witnesses and evidence, as well as running campaigns which involve awareness-raising and lobbying.

I have been a member of the world and Apro women’s committees of FIET and UNI for the last 16 years.

I have enjoyed working with people who share my values and who are committed to working in the best interests of our members.

I commenced work with the SDA 35 years ago and so have participated in many campaigns, along with many others, which have resulted in many changes over that time. Some examples are:
- The SDA took a case in the industrial court in 1979, and won the right for women to be able to wear slacks to work.
- The SDA was also part of the case in the industrial court that year, to achieve unpaid maternity leave, and in later years the achievement of unpaid paternity and adoption leave, which are all now known as Parental Leave.
- The increased participation of women at all levels of the union, and the introduction of Women’s officers and Women’s committees.
- The SDA lobbied hard for, and were successful in achieving, increases in family assistance payments by the federal government.
- The introduction of legislation making discrimination and sexual harassment illegal.
- The development of policies, educational material and training in companies and unions regarding equal employment opportunities and sexual harassment.
- The introduction of compulsory superannuation (company pension payments)
- The introduction of paid family/carer’s leave in collective agreements and then industrial legislation
- Pregnancy discrimination at work becoming illegal and an increased focus on accommodating the needs of pregnant workers, including providing them with safe work.
- The SDA achieved in collective agreements the requirement for companies to consider family responsibilities when establishing or changing employee rosters.
- The achievement of Paid Maternity Leave for most working mothers, paid by the government.

These were all possible because of collective effort. This is the fundamental principle of unionism. This is what makes us powerful and influential.

An individual worker is vulnerable in their workplace. They are unlikely to know their full legal entitlements, and they are not likely to have the resources to enforce them if the employer is being difficult. By being in a union, the worker is part of a team with their colleagues, and combined with other workers in their sector, they have the funds to support union officers, who can help them receive their entitlements, and achieve improvements over time.